Although Bakelite itself is 100 years old – invented almost by accident in 1907 by the Belgian Dr. Leo Baekeland – the Victorians had already been experimenting with early forms of plastics for several decades. Vulcanite, Parkesine, Xylonite and Ivoride are just a few of the very earliest commercial plastics.

What Baekeland noticed whilst experimenting with a compound of carbolic acid and formaldehyde (phenol formaldehyde) was that, after its initial heating, once it had cooled, it could be heated again and would not melt or lose its original shape. He patented it and a couple of similar products – Catalin and Marblette – though all three are more commonly known today as Bakelite. It became the most important early plastic because of its durability.

Bakelite is extremely versatile, and during the heady days of the early 20th Century, all kinds of things – from toasters and crockery to radios and hairdryers – were moulded from it in up-to-date, art deco designs. It was also instrumental in the burgeoning world of electricity – being a poor conductor made Bakelite perfect for resistors and plugs. During the Depression, rhinestone-studded, brightly-coloured Bakelite jewellery became very chic among those who could no longer afford diamonds.

During WWII, production concentrated on the war effort, Bakelite’s versatility making its way into virtually every area of the military world. Perhaps, however, it was its very popularity that was its downfall. After the war, the race to find even better plastics left poor old Bakelite behind in favour of Lucite, fibreglass, vinyl and acrylic.

Today it’s eminently collectable and the best examples command high prices. But it’s not always easy to tell if that Bakelite find is the Real McCoy. 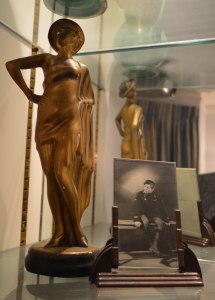 There are two main tests to see if your plastic item is really Bakelite. The “hot pin” test is exactly that – stick a hot pin into it. If it is Bakelite it will not melt and it will have a strong chemical smell. This can be, of course, very destructive to the piece and – if you were wrong and it’s really celluloid, it could actually combust, so rubbing it very hard with your thumb until it becomes warm will produce much the same odour and be safer. Two pieces of genuine Bakelite will make a clunking sound when tapped together.

Bakelite is very hard – but brittle. It can easily crack or break, and if left in the sun, will often discolour. This can be buffed back to some extent, but many experts prefer the oxidised look – the patina creating entirely new colours with age – white becoming a rich gold, pale blue turning bottle green and pink becoming orange.

Although many Bakelite items (especially pre-1950s jewellery, which, because it was often kept in drawers tends to keep its jazz-age colours) are highly sought after today, it’s unwise to buy an expensive piece of broken Bakelite as an investment as it can never be ‘perfectly’ repaired. Because this kind of plastic does not re-melt, it cannot be ‘welded’ back together again. A thin layer of epoxy glue such as Araldite will do the job, but it tends to discolour and the join will always show. Store important pieces away from direct light and heat 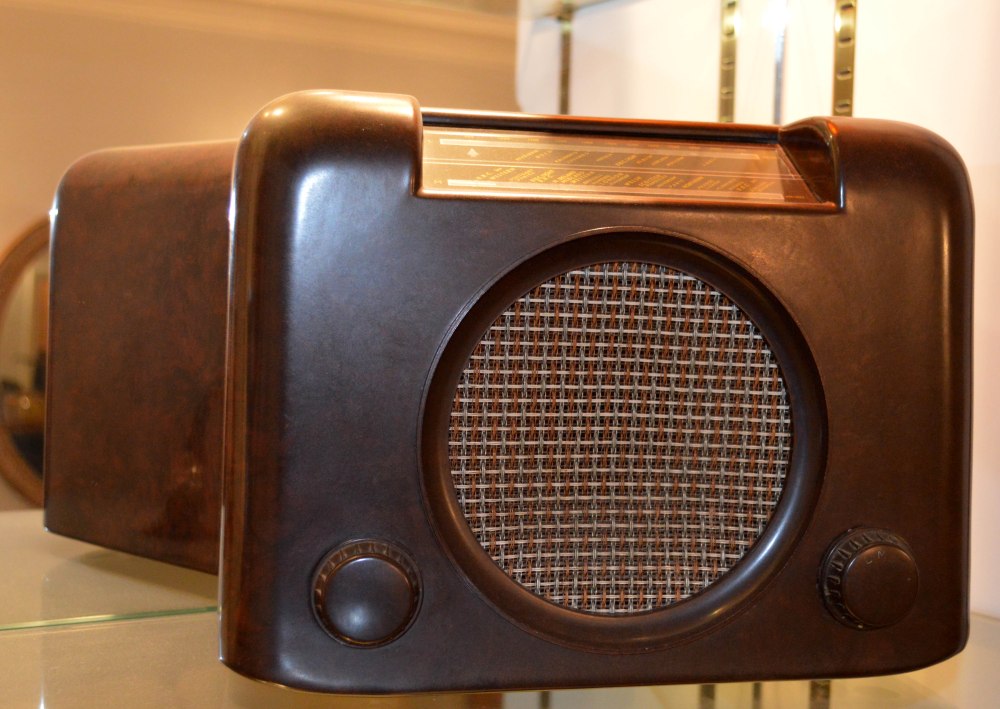 To clean your Bakelite gem, start gently – wipe with a damp cloth and buff dry. If it’s still grubby, a soapy wash will help. Never use any kind of abrasive cleaners. Clean crevices with a toothbrush, and rinse well. A simple solution that often works is a combination of extremely fine (0000) grade wire wool and beeswax. Use lots of elbow grease and buff with a cotton cloth.

If you have one of those wonderful Dial M For Murder-style 1940s telephones, cleaning is slightly different. The traditional product is GPO Polishing Paste Number 5, amazingly still available today at a staggering £2.80 a tube. It works well if combined with lots of polishing, but don’t use it on very fine items as it can be a little abrasive.

I must put in a word for the delightful, quirky Bakelite Museum, dedicated to “the material of a thousand uses” at Williton, Somerset. If you’re feeling particularly retro-inspired, take a trip there by steam engine on the West Somerset Railway. The museum is a cough and a spit from Williton station.