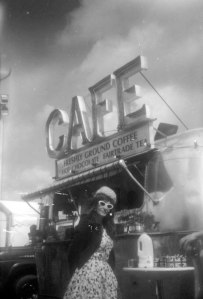 There’s something wonderful, magical, even, about using a vintage camera for its true purpose. Not as an ornament, something to look nice on the shelf, but to genuinely take out and use.

The almost spookily-accurate results are nothing to do with ‘old film stock’ – you genuinely can take photos so similar to the originals that I always make sure there’s one anachronism in every shot so it’s clear it’s not an original.

You don’t even need a dark room – modern photo labs will process your pictures – and though it’s always nice to develop your own film (and because I’m pretty rubbish at it I usually accidentally get those authentic watermarks Instagram would create an app for) you can actually have the best of both worlds using modern technology – more about that in another tutorial. 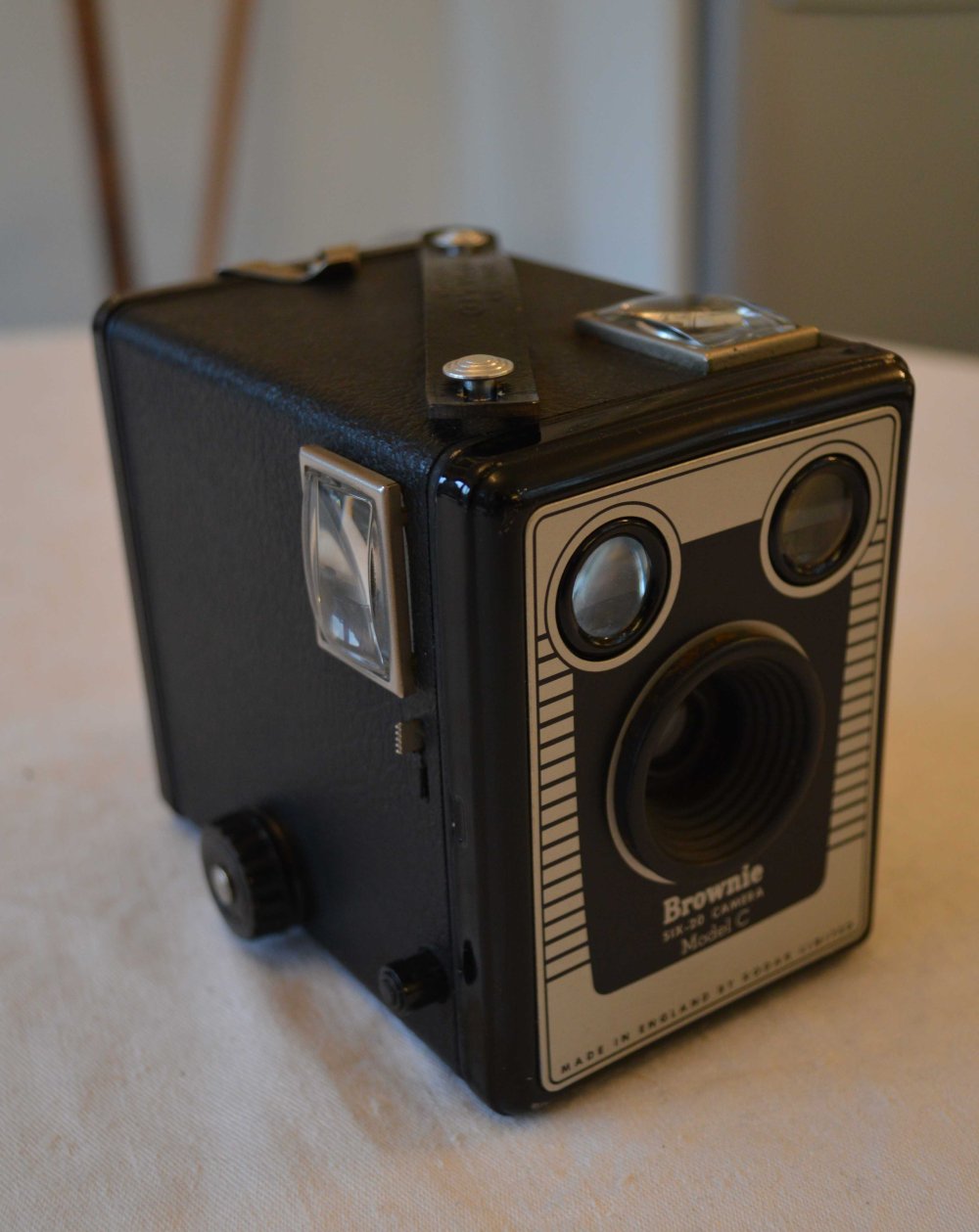 In the last tutorial, we bought a camera. In many ways it doesn’t matter what brand or model you get as they’re all so bloomin’ basic. It can be an advantage, film-wise, to buy a brand other than the classic Kodak, but I discuss all that in the previous post.

For this tutorial I’m going to use a Kodak Six-Twenty Model C. It’s about as bog-standard as they come. It was current between 1946 and 1953, so ideal for most vintage looks, if that’s what you’re interested in… 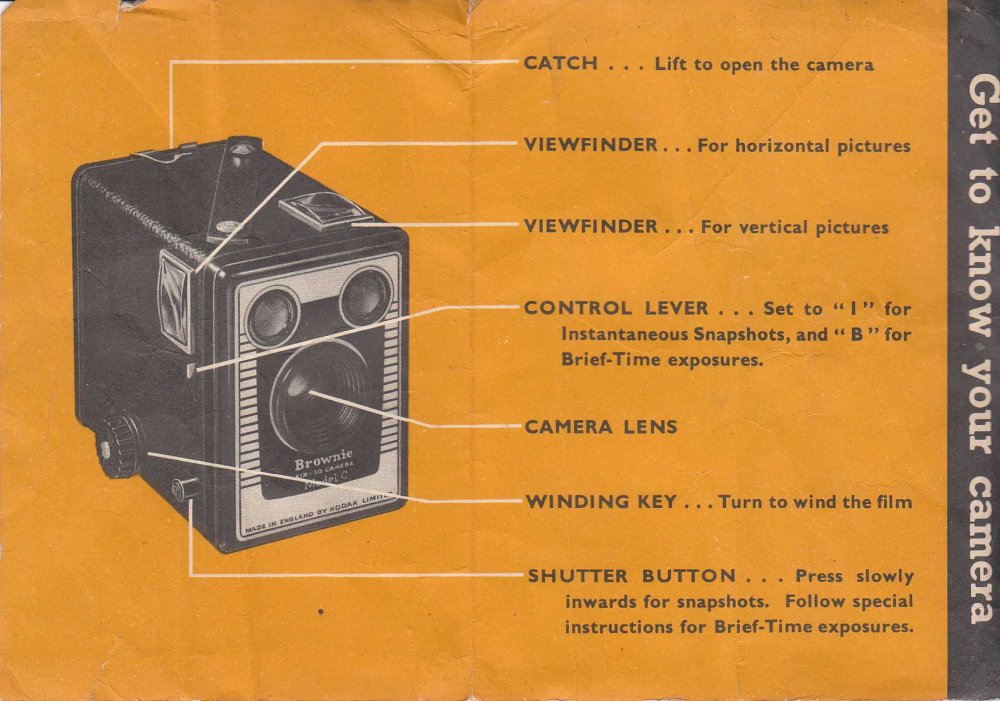 Six-Twenty refers to the film stock:620. It’s not made any more, but in effect it’s 120 film, which IS available, rerolled onto a different spool. You can do it yourself, but it’s fiddly as it has to be done in the dark, or one or two places on the internet sell it (see the previous post)

If you’ve just bought the camera, do check the little red hole at the back that it’s not bright red (as in the image near the end of this tutorial, when the film’s loaded). If it is, step away from the camera.

Chances are it may still have film in it. If you’re VERY lucky, it could be worth winding the old film to the end and getting the results developed. It will probably have deteriorated but you never know – you might have found someone’s long-lost snapshot of Elvis on that mythical visit to the UK… 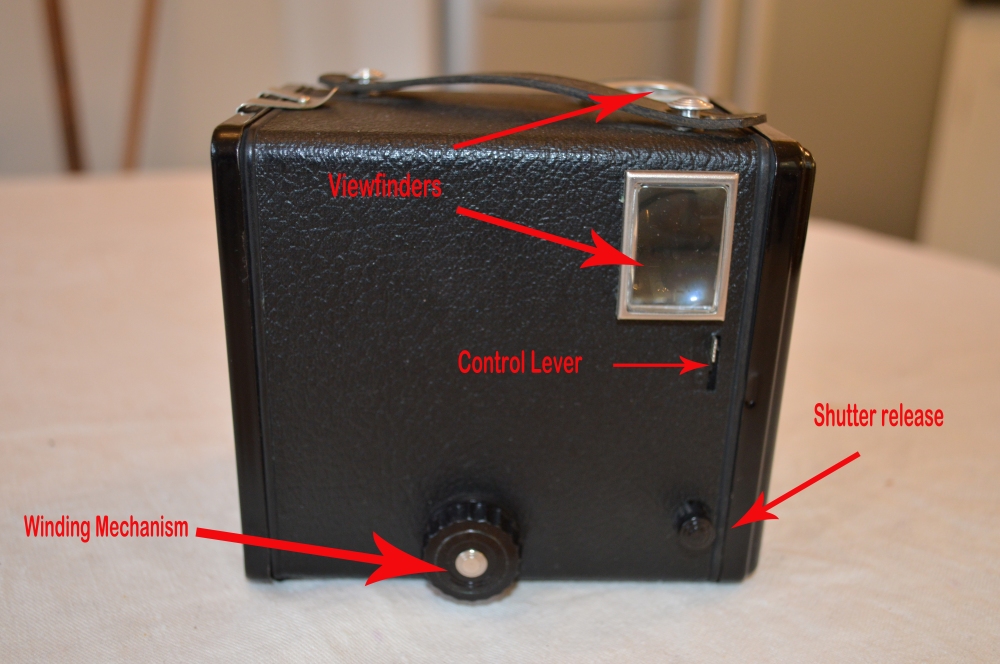 Right, loading. The first thing to remember is you CAN do this bit in daylight, but try to avoid direct sunlight – it’s best done in shade, and preferably as low light as is possible. 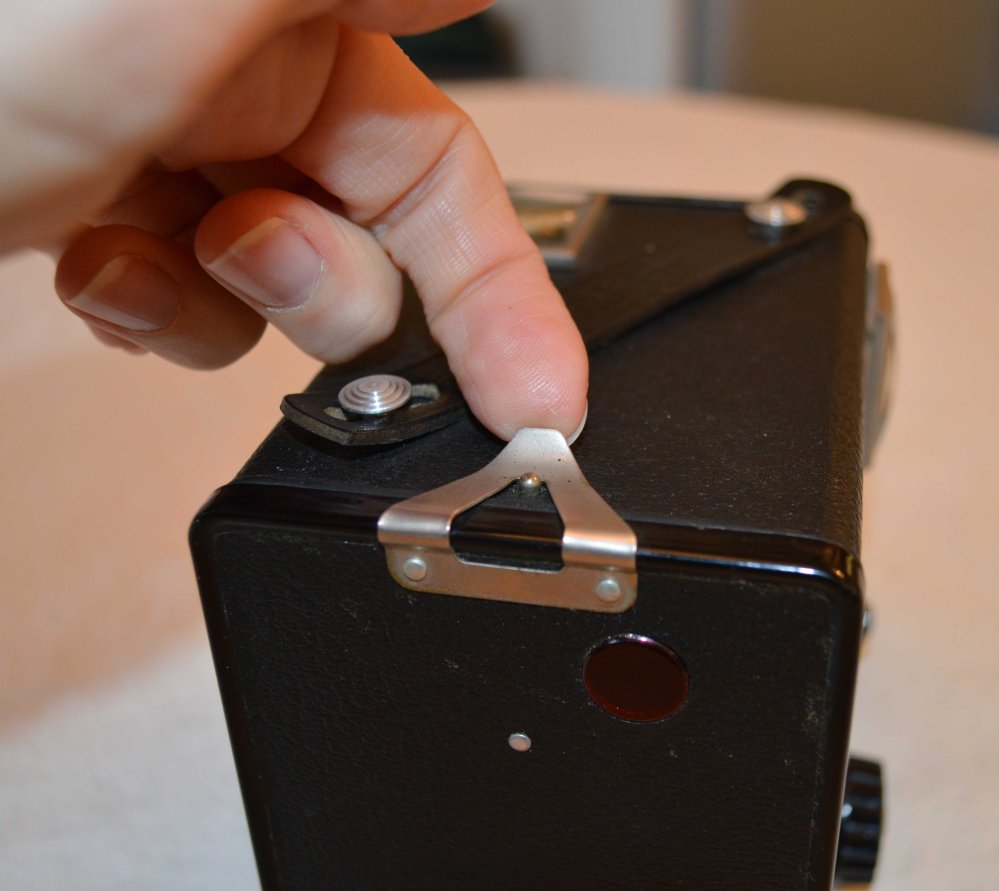 Turn the camera to the back and release the little silver catch on top.

Next, pull out the winding button – it will release the cannister inside, which is the only moving part (if there’s anything else something’s wrong…) 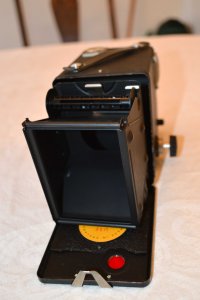 There should be an empty spool clipped into the top of the cannister. If there isn’t, you’ll need to get one. Which reminds me – if you get your film developed professionally you MUST make sure they return the spool. The old ones, especially, are relatively pricey (in so much as anything with the Box Brownie is pricey…) 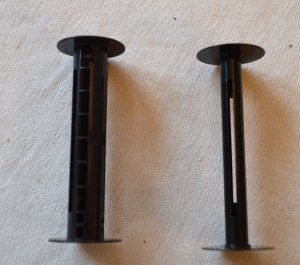 These two spools show the modern plastic (on the right) and vintage metal (on the left) spools. They both work just fine.

Open your film a little way, and fold the tab over, then thread it through the spool. 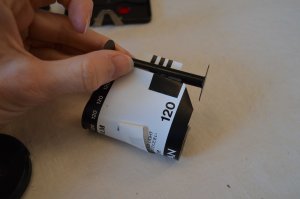 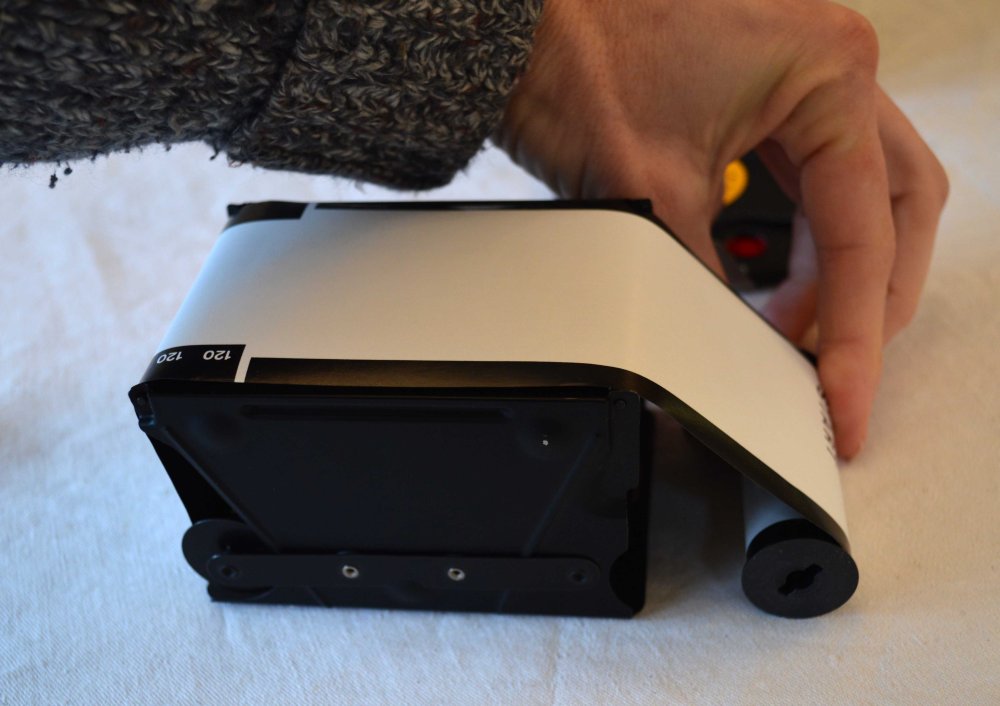 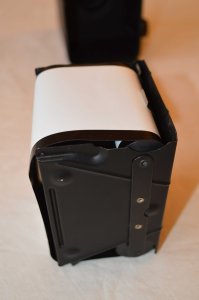 When you get to the end, clip the new roll of film into the matching clips at the bottom of the cannister. Slide the cannister back into the camera and secure it in place by pushing in the winding button. Close the back of the camera.

The next bit you do need to be a bit careful with. You need to SLOWLY wind the film until you get the figure ‘1’ in the red dot. There will be a couple of odd markers that you need to ignore, but the figure 1 will be clear.

You need to do this very carefully, as there is no ‘stop’ when you get to the first frame. If you go past it you cannot go back. It needs to be in the middle of the hole, or you will get a half-frame and even encroach on the next picture.

Remember: YOU ONLY GET EIGHT SHOTS. Don’t waste one by rolling-on too quickly.

Okay, you’re set. Next time I’ll talk about making those eight shots the best they can be – and how to avoid some very, very easily-made mistakes. 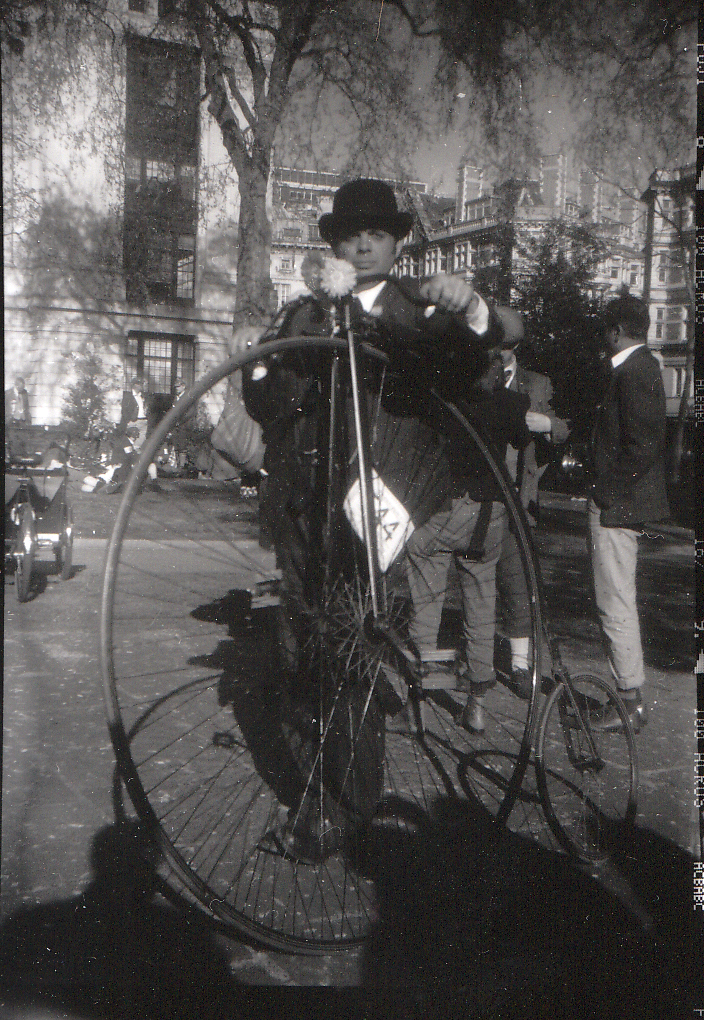