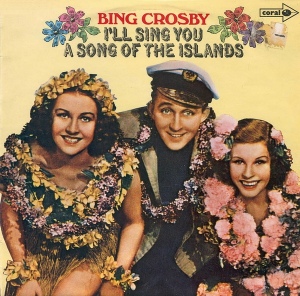 One of the least-played records in my vinyl collection is Bing Sings Songs of the Islands. It seemed like a good idea at the time. I was seduced by the picture on the front: El Bingo is resplendent, happily sporting several Leis and a sailor hat. It was only after playing half a side that I realised it was For Short Bursts Only.

Bing’s also wearing a thick black polo neck and a sports jacket on that cover, which is surprising, given his passion for another Hawaiian product: the Aloha shirt. 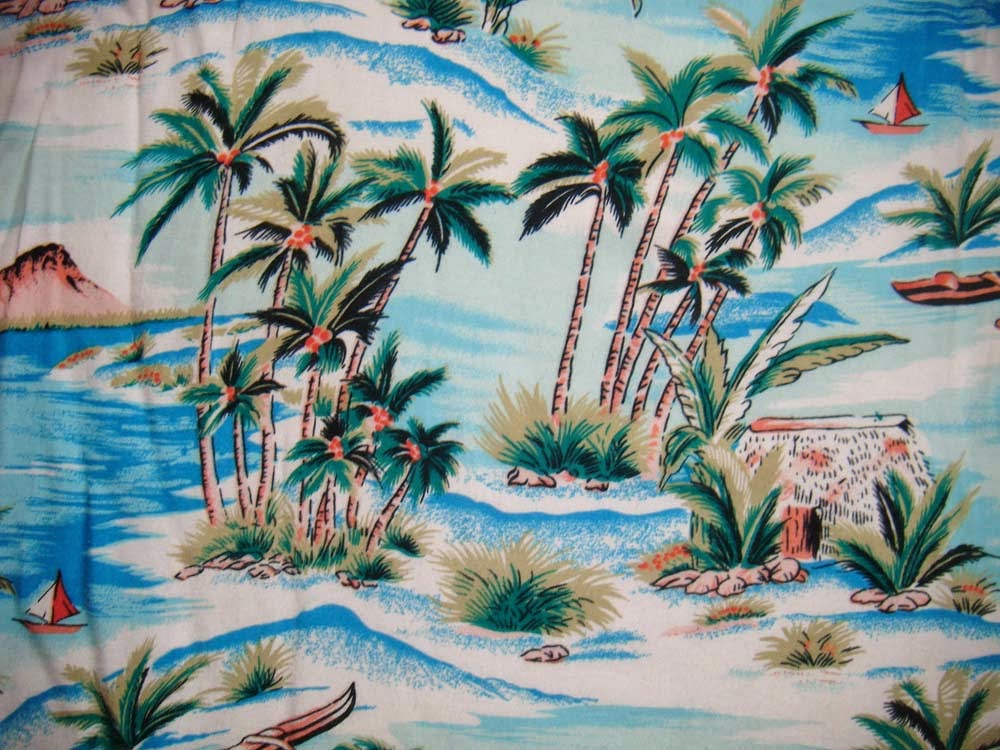 Hawaiian Shirts have a lot to answer for. There’s no halfway house for these expressions of masculine overstatement  – you love ‘em or hate ‘em. Dale Hope, author of The Aloha Shirt (Thames & Hudson) is obsessed by them. “I was born into it,” he explains. “My father was a shirt manufacturer and I followed in his footsteps.” 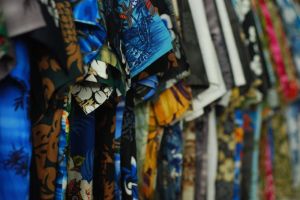 Hawaiians themselves are passionate about their national shirt and wear them every day. “If someone is wearing a lounge suit, they are going to a funeral or court,” says Hope. “Even Honolulu solicitors wear Aloha shirts until they actually step into the dock. Most guys will have a couple of dozen in their closet,” he says, admitting he himself has well over a hundred. “I’ve owned literally thousands over the years though.” 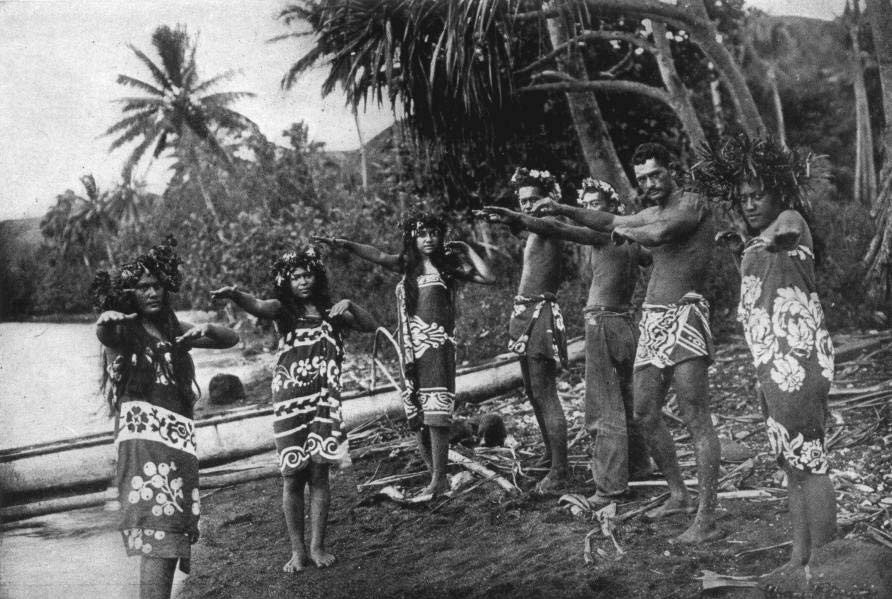 Bizarrely, the history of these gaudy peacock plumages can be traced back to Victorian prudery. The classic Hawaiian garment (if worn at all) was a draped affair made of a patterned fabric called tapa but was considered indecent by western missionaries who trussed up the islanders in high frilly collars and long trousers.

The Hawaiian shirt developed as a compromise. Influences came from everywhere –thousands of Far East immigrants coming to work on pineapple and sugar plantations brought intricate patterns based on the Yukata (an everyday cotton kimono); western sailors brought the shirt design. Production really took off when a new method of fabricating the cotton came from England and sewing machines were introduced in the 1850s. 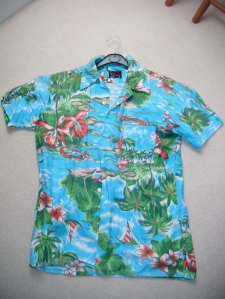 The Hawaiian shirt really came into its own in the 1930s, and the basic design has hardly changed since. The variations are endless. Volcanos, dragons, hula girls, bamboos, palm trees, and even portraits of the Hawaiian royal family dance across shirt-fronts, pockets carefully matched to continue the pattern without interruption. A vogue for photographic prints, albeit brief, started yet another collecting craze. Dale Hope believes that the romance of the sunny patterns is responsible for its ongoing popularity. “It puts people in a holiday frame of mind – they wish they were here in Hawaii.” 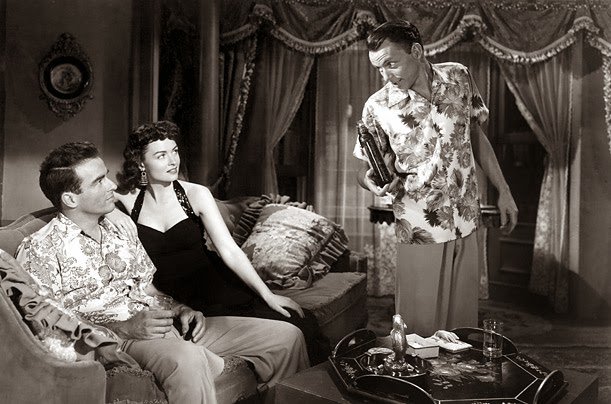 Hollywood and its stars were largely responsible for the growth in the market during Hawaiian Heyday – Elvis Presley, Tony Curtis and Robert Ryan were all fans. Bing Crosby had his own label. Another big influence was World War II, when thousands of troops were 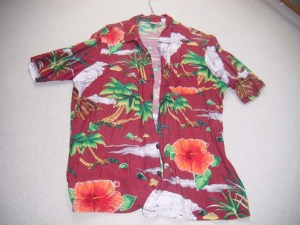 stationed in the Pacific and the Aloha shirt became almost standard issue. The crossover was complete when Montgomery Clift sported the style in From Here to Eternity, though it was later to acquire a seedier image in 70s and 80s TV. It suffered a further blow in the 90s onwards when it was hijacked by teenage slacker culture.

If the Hawaiian Shirt is viewed is as folk history in the States, endorsed by successive presidents (though curiously not, as far as I’ve seen, with honorary-Hawaiian Barak Obama to date…) in Britain it carries a rather more complex message, mainly one of unremitting kitsch. Whether this is good or bad depends on who’s talking.

“I’ve been into Hawaiian shirts for as long as I can remember,” says Heilco Van der Ploeg, of the glorious South London Pacific bar in Kennington, decorated throughout with Tiki gods, bamboo furniture and flashing pineapples. “I first started buying them seriously in the early 80s – there was this vintage American clothing store called Flip which had loads of amazing originals.” For Van der Ploeg, Alohas talk – or rather shout – of hedonistic 50s and 60s parties. “I like the idea of being on holiday 24-7.”

Not everyone loves Tiki Chic. “They say Phil Collins to me,” says Dylan Jones, editor of GQ magazine. “I was a fan but I haven’t owned one for a long time. For me it reeks of wraparound sunglasses, and jackets with the sleeves rolled up, Miami Vice style. It would take a lot to get me into one.”

There’s one golden rule. With Aloha shirts, if nothing else, it’s Vintage or nothing, please, gentlemen. Cheap modern Hawaiian is nigh-on impossible to pull off, even in silk. Come to think of it, especially in silk.  The preferred favourite of serious collectors is the once-cheap rayon developed during the 1950s – “it produced a really soft, drapey feel,” says Dale Hope. Nowadays rayon is rarely (though still occasionally) used because of pattern-duplication issues at the factory, so again, it really is classic or nothing.

Even back in the 60s the Beach Boys wore specially-faded shirts for that authentic vintage look. Pattern is probably the most important single ingredient for serious enthusiasts, the most sought-after being the ones with a single design, called a back-border. For the fellow who intends to actually wear the shirt, however, I would suggest an all-over repeat motif carries a better feel. 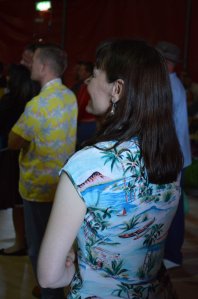 It’s possible to cut down shirts that are too big (don’t do it with originals, it’s sacrilege) – if I find a 1980s one that’s far too big but dirt cheap I get it, put it on inside-out, pin it to fit, then cut it down, add a couple of darts and call it mine. If it’s really big I don’t even alter the sleeves, I just cut them off and pipe them to create a cap-sleeve, which was very popular in 1950s women’s models. 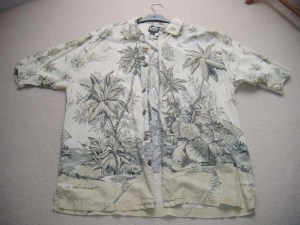 I once found a gorgeous back-border shirt in lemon and grey rayon. It was huge and I loved it, but couldn’t find a way to cut it down that would keep the pattern. I gave it to my friend Mike, which was a brilliant idea – I still get to see it and he gets to wear it.

Labels are as important as they are in any other branch of fashion (some people just collect Aloha labels) and, of course, the best shirts will have proper coconut buttons. 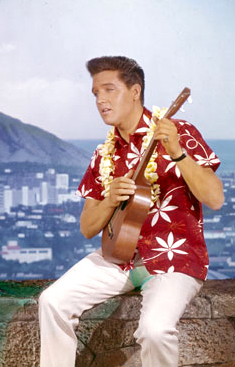 Thanks to the Aloha Shirt, Hawaii has never really left the 1950s in the eyes of the world and serious shirt collectors can be found in virtually every country. Exceptional examples are framed. They’re getting harder to find, though – “it’s not like it used to be,” Dale Hope says sadly. “The Japanese keep the prices high – there’s a shirt in Bailey’s (a big Honolulu vintage clothing store) for $5,000 – and it will sell.”

Dos and Don’ts of Tiki Chic

DON’T wear Hawaiian print from top to toe. You are not a wallpaper sample book.

DO wear your aloha with confidence and a smile. Nothing’s sadder than some bloke who’s put on an Aloha to give him the ‘personality’ he doesn’t have.

DON’T tuck it into your trousers. Uncouth people will make snide Wham!-style remarks.

DO try a Cuban Guayabera if a straight Hawaiian is just too Ace Ventura for you.