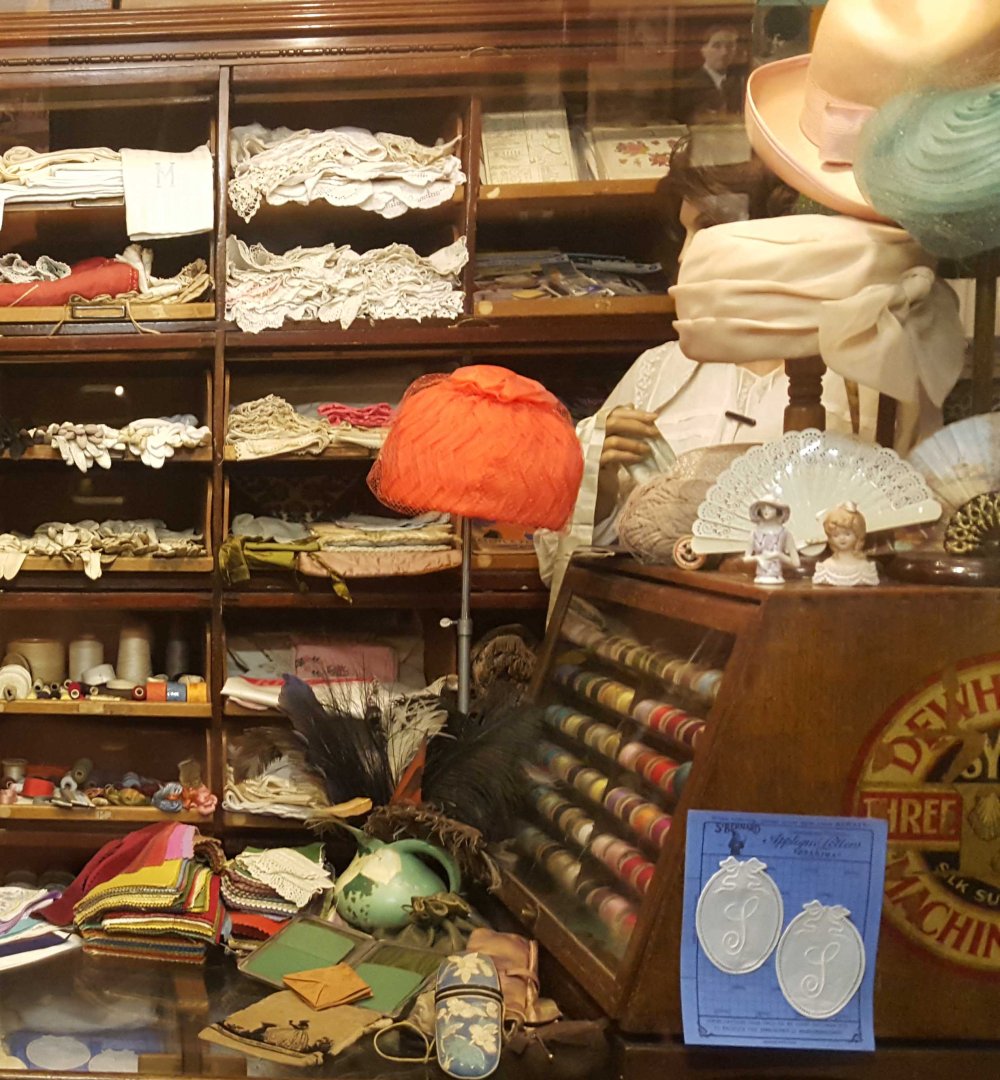 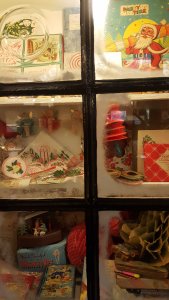 If The Museum of Shops or ‘How We Used To Live’ had a ha’penny for every time one of the above phrases was uttered in its hallowed halls, it would probably be able to move to larger premises.

As it is, said premises are almost better for their cosy, womb-like quality, for the sheer teeny-tininess of their ‘display cases’ and Aladdins’ Cave-alike bounty.

One hundred thousand objects, crammed into a regular-sized shop – albeit over four floors – are displayed with a mix of light-hearted whimsy and bare-faced nostalgia, in a series of miniature shop-fronts, each with its own door, display window and shelves, crammed full of every kind of product known to each profession.

The whole area is used, even above the storefronts, where half-lit windows hint at human lives; quiet, anonymous people literally living above the shop. 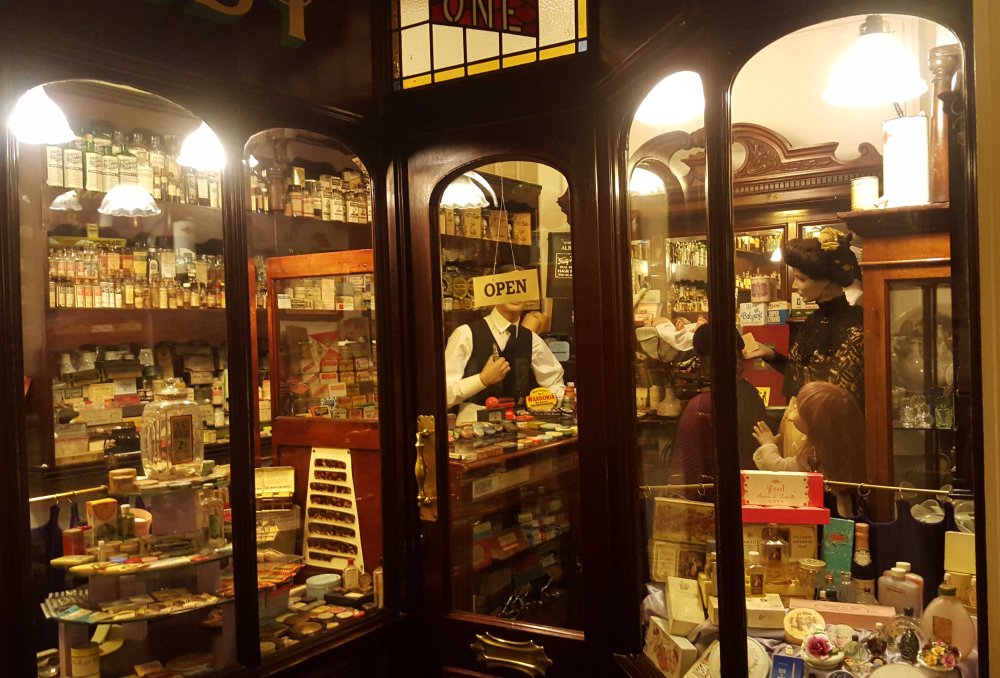 From sports stores to chocolate shops, pharmacies to pubs, stationery suppliers to ironmongers, haberdashers to shoe-menders, each is designed in a different style, whether Victorian, mock-Tudor, 1940s, Edwardian or art deco. 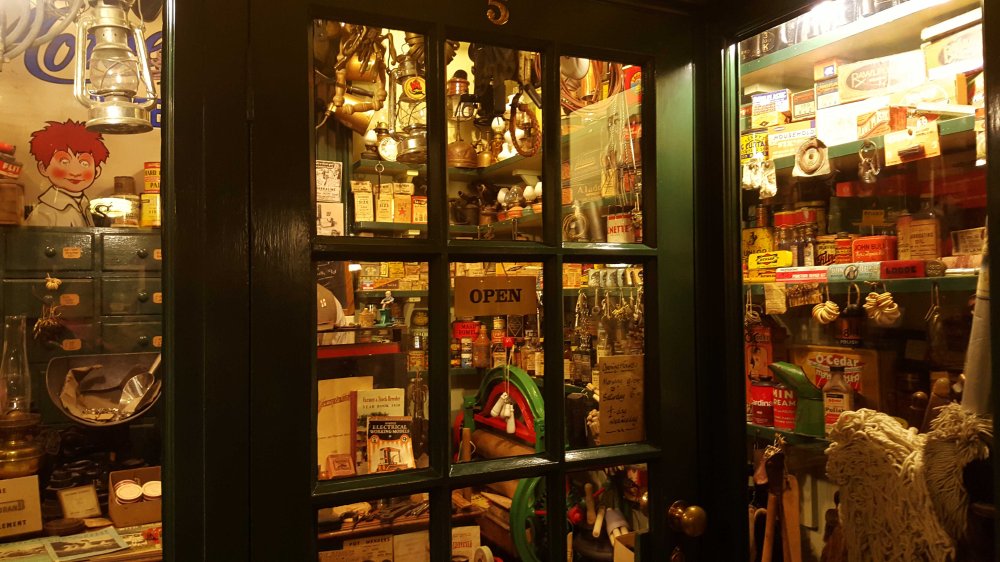 Every store has  hundreds of original ‘goods’ each displayed as it might have been back in the day. Rows of cigarette packets in the tobacconists, reels of cotton in the haberdashery. Puppets dangle in the window of the toy shop, while shelves of games and puzzles lure the junior shopper into poppet-paradise.

Next door, the Post Mistress welcomes a curious young girl who can’t decide between balls of string, pen nibs or writing paper. A bewhiskered Edwardian chemist stares out at modern day gawpers with a quizzical frown while an alarmingly small-headed ironmonger rearranges his products in the hardware store. The cobbler’s shop is shut for lunch, but you can peer through the window at blakies for your boots and packets of sundry shoelaces. 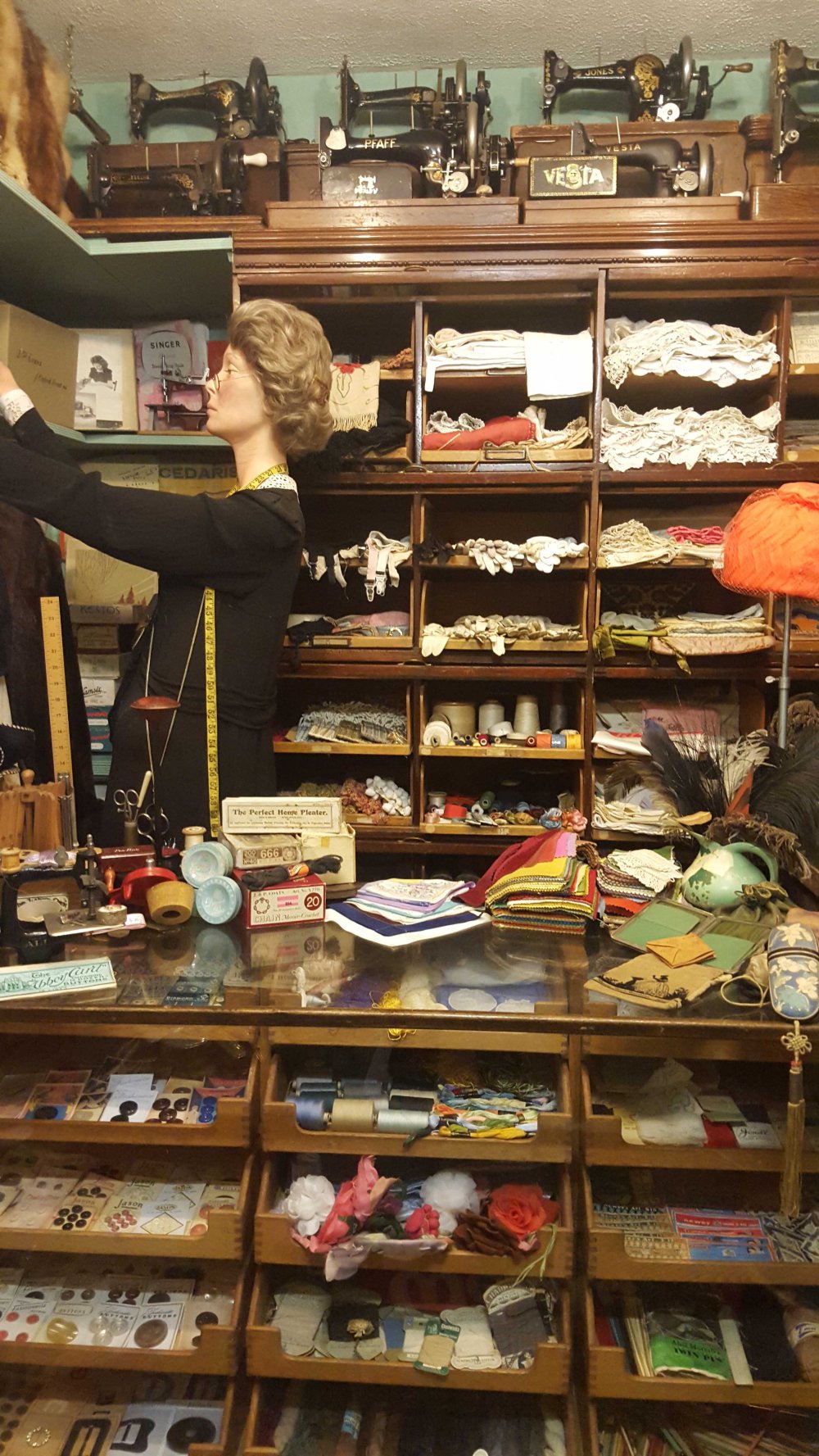 For the hardcore vintage fan this place is perfect research. It shows real goods as they really would have been sold. The Haberdashery store is particularly useful for finding trimmings and other notions – fantastic idea-factories, all.

In the basement the displays diverge a little – they show more of ‘downstairs life’. As well as a traditional pub, there are Edwardian and wartime kitchen tableaux. I was particularly entranced by the ARP girls smoking as they cooked their dinner. Refreshingly un-PC, that fag in the mouth somehow says more about the world they lived in than anything else in the scene (though I also liked the primitive pressure cooker that looks more like something their counterparts in bomb-disposal would attempt to diffuse…) 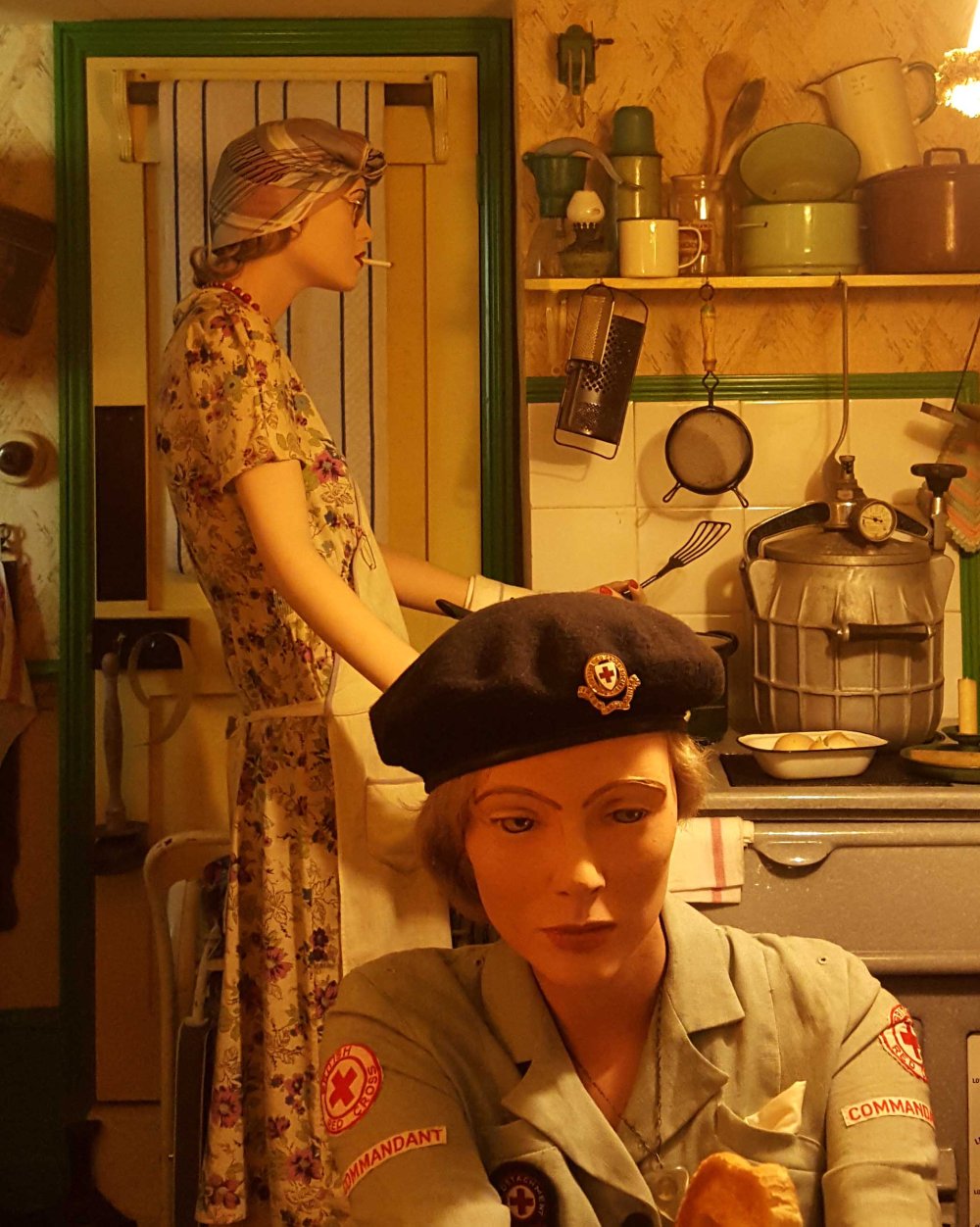 This museum is a true gem. In many ways it reminds me of the much larger, much more famous, Museum of Brands and Packaging, but, much as I like the Museum of Brands, this one somehow captures my heart just that little bit more. Perhaps it’s because it’s celebrating not just the products, but the way they were purveyed. Don’t get me wrong – I’m delighted that actually, at least at the moment, I don’t have to choose between the two.

Don’t hang  about, see it now. I read it’s up for sale as the owners want to retire. It may not always be around.

Then again, you might want to buy this extraordinary little museum. If you do, please will you replace that ironmonger’s head? It really is a bit creepy…